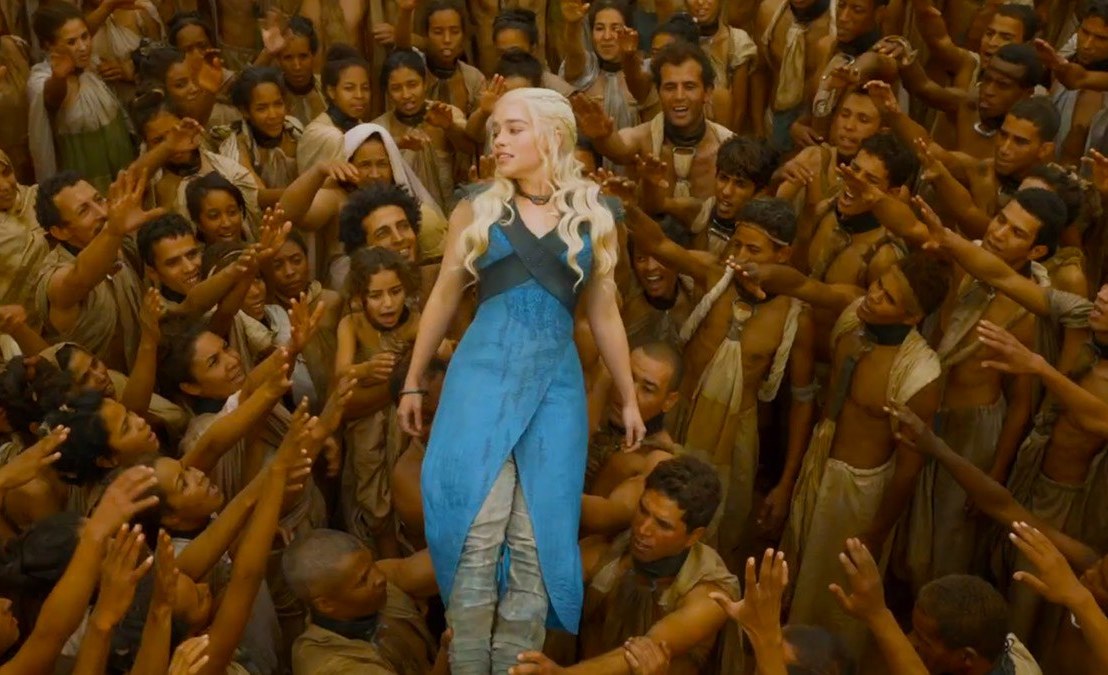 Well, now that I’ve completed the entire eight years worth of Game of Thrones episodes barely five weeks after I began them, I can poke around the Internet, to see the thoughts of other viewers- and there are quite a few to choose from.

As of this posting, there are two episodes left in the show, and I regret that I wasn’t following along the whole time. I’m sure my overall perspective would have been better, and given an already somewhat fragile emotional makeup- due to internal and external outside of this blog’s scope- the whole experience has left me kind of overwhelmed. I didn’t even realize Daenerys’s post-Drogo pre-Jon boyfriend changed actors in the middle of the story! But all things considered, I thought I understood sufficiently to be able to recap the whole experience, so here I am now.

First off, it was a relief to be able to start browsing the internet, to see various other thoughts and perspectives. I had closed myself off, due to fear of spoilers or outside influence on my opinion. Now that I no longer have that worry, I feel like a reality TV star coming out of hiding, being revealed to the public at the end of the season! Anyway, the most critical piece of information that I found was there was very little original content after season 5 from George RR Martin, the creator of the novels, who is still working on them. Unlike Harry Potter, which released movies well after the completion of each book, the game of Game of Thrones novels are still, as of this blog post, a work in progress. Basically, everything after Cersei’s “walk of shame” has largely been made up by the show’s creators on the fly, with only an outline from Martin to work with. This explains some baffling directions within the show, like the underrated Marjorie Tyrell, seemingly scheming against the High Sparrow with some unknown plan, only get blown up by Cersei, with the rest of the lot. I can almost imagine the one of the writers saying, “How do we get Marjorie out of this?” And another writer responding with, “I have no idea. It’d just be easier to kill her off. Who wants Chinese food?” Ned’s death was horrifying but necessary, and opened some real possibilities on what to do with the main story. Margerie’s death simply closed a few off. And sure, Cersei taking the thrown felt inevitable, as well as riveting, but there had to be a better journey to get her there.

On the other end of the spectrum, the annoying Iron Island plot plods along. “That which is dead may never die,” indeed! Yes, I get it- Yara is a badass female captain in a Medieval world of brute misogynists. But don’t we already have that in MULTIPLE places at this point? She’s a one dimensional character, as well as inconsistent. When we first meet her, she has loyalty to her father, along with contempt for her entitled brother Theon, then inexplicably risks her life and those of her men for this weak, insecure excuse of a man? But, Daenerys needs a Navy, so I guess the writers felt it more useful to have her along for the ride. Perhaps Marjorie and her sharp-tongued grandma get seasick.

I now know that Dorne is the only universally hated plotline in Game of Thrones. I’m not sure why. I found it to be kind of a distraction from the main story, with crude stereotypes. But it was still more interesting than Daenerys wandering around the desert for three quarters of the series, and certainly no more crude than those stereotypes*!  I also felt the ending of the Dorne storyline made the whole experience more worthy, which is more than I can say for the…
ARMY OF THE UNDEAD

The whole “life after death” was the first thing we were introduced to in the Game of Thrones universe. As someone who watched the first episode a full eight years after it aired, I was completely caught off guard. Knowing nothing but “winter is coming”, a pretty blonde princess, dragons, and whatever was alluded to in the South Park parody, I couldn’t believe I was watching something that looked like it was from a zombie horror movie! “How the hell are they going to fit this in,” I thought? It was a question I kept asking throughout the series. And to be fair, it led to some fascinating plots- Jon’s battle with Head Watchman Ted Williams over the integration of the wildlings, Jon needing to convince Daenerys to fight with him, Bran going on a magical mystery tour, leading to the explanation of “Hodor’s” name (the most surprisingly satisfying revelation in the series so far) as well the revelation of Jon’s mother (the second most satisfying revelation in the series so far, and far more important than the origins of Hodor’s name). But the undead story ITSELf turned out to be a huge flop- as someone pointed out online, the Night King turned out to be nothing more than a villian of the week from the old TV series Buffy The Vampire Slayter- and a SHALLOW villain, at that. In addition, his final scene, the slow motion face-off with Bran, felt like a Calvin Klein production. Maybe there’s still some hope we’ll learn SOMETHING else about The Red Lady, or at least how she got the Stannis prophecy so wrong, how she was able to bring Jon Snow back to life, etc.. And, maybe the Lord of Light is still out there. But with two episodes left and so much unresolved, I’m not optimistic.  (*And how about those poor Dothraki, sent to die in the first 2 minutes of battle, while Sam merrily hums along with his Apatow-Rogan inspired wife.)

Incidentally, the books apparently use the “life after death” thing to bring back Kat “Peggy Hill” Stark, in the form of “Lady Stoneheart”, to avenge her family.  Now THAT sounds interesting, as well as frightening. But since the writers went in a completely different direction, we ended up with an awkwardly forced subplot that was not nearly as rewarding as we assumed (or at least hoped) it would be.

The good news is that now that it’s out of the way, we can focus on the REAL battle- first, between Cersei and Daenerys, which I found to be quite promising. Everyone on Twitter thinks they’re Ulyssess S Grant, complaining about the tactical strategy of Team Dani. Yes, it was oversimplified, but so what? Do we need ANOTHER 90 minute dialog-free episode, complete with loud music, loud explosions, and so much movement no one can figure out who is where and what is going on or how it’s getting accomplished? The point is that Cersei holds a far better strategic position than originally thought, and she’s not going to give up her grip on the Iron Throne. It was a little bit annoying seeing Tyrion being such a rube about his sister’s intentions, but the acting is so good that it can be forgiven as wishful thinking for a clever man running low on clever ideas.

Even better than Cersei vs Daenerys is Daenerys vs the Stark sisters. If there’s one thing and ONLY one thing that has gotten better as the series moves along, is the realization from the writers that Daenerys The Savior is a dead end. Finally- FINALLY we have her lust for power, getting in the way of her “breaker of chains” persona, completely disrespecting Jon’s rightful claim to the throne. Jon has been selfless the whole series- easily his strongest attribute- and was more than willing to step aside for Dani’s lifelong ambition. How does Dani repay him? By telling him not to ever tell his sisters the truth…something he uncharacteristically defies, creating an inevitable rift that will surely cause incredible tension amongst the anti-Cersei forces. We even see the Varys and Tyrion at odds with each other- something we haven’t seen since the beginning of the series- which can weaken the “good guy” position. So for all the screaming about how Game of Thrones has lost its way- some of which seems valid- there is more than enough reason to be invested in the final two episodes, other than, “Well, I got this far.”…

This is a text widget. The Text Widget allows you to add text or HTML to your sidebar. You can use a text widget to display text, links, images, HTML, or a combination of these. Edit them in the Widget section of the Customizer.
Loading Comments...
%d bloggers like this: