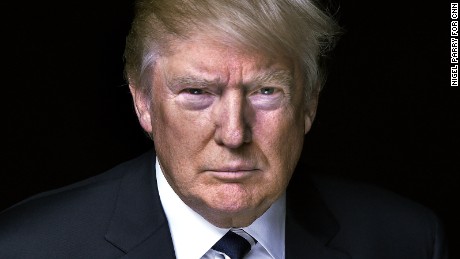 I didn’t vote for Donald Trump, for most of the same reasons that half the country didn’t vote for him- his incendiary comments, his lack of political experience, his shady business dealings, among other things.  You know the list.  But give the man his due.  His detractors ridiculed him for getting a head start in life from his father’s success, yet these are the same people that act like Warren Buffett built his empire from a lemonade stand.  (Howard Buffett, a successful businessman and congressman, gave young Warren a start that was light years ahead of the one that Fred Trump, a successful real estate investor, gave Donald.)  For all the times that Trump declared bankruptcy, he always came back, bigger than ever.  He’s made his enemies along the way, but for better or for worse, he’s overcome them all.

And this brings us to the #NeverTrump movement, mostly well-intentioned but quixotic from the start.  From the beginning of this campaign, these people made every excuse in the book for Trump’s success- the primary field was too wide.  The liberal media was intentionally propping up this weak buffoon.  The voters were being conned.  But at the end of it all, Trump rose above it, as he always seems to, beating the greatest American political machine of our generation, in spite of (because of?) the opposition of the media, the entertainment industry, and even prominent members of his own political party.

And it’s that last group that, above all else, needs to understand what happened here, because as I’m typing this, the earliest indicators are that they still don’t get it.  Well, I’ll do my best to clarify it for them.  The anti-Trump conservatives that want to pretend that other candidates could have done so much better than Donald Trump- most notably Ted Cruz and Marco Rubio- are trying to convince everyone that it’s only because Hillary Clinton was a weak candidate.  There is this belief of false equivalency going around right now, that only Hillary could lose to The Donald, just like only The Donald could lose to Hillary.  Two problems with this-

In addition to these two seemingly self-evident facts, The Donald’s detractors refuse to acknowledge that he possesses something which alludes most politicians, particularly those on the right- a genuine ability to connect with people.  And if this is STILL not enough to convince his many detractors and critics how remarkable Trump’s triumph actually was, they should consider this…From the beginning, the corrupt Clinton machine, with Bill’s draft dodging, and sexual assault, and secret deals with China for campaign cash, and endless character assassination on not only political opponents, but those who simply “got in the way”, combined with Hillary’s smearing of a 12 year old rape victim, and Whitewater dealings, and Benghazi, and mishandling of classified materials, CONTINUOUSLY stepped on the Republicans for a quarter of a century, almost uninterrupted.  In turn, these Republicans feebly tried kicking Bill out of office, practically hanging all hope on a technicality, yet instead ended up launching Hillary’s political career.  Some of them even openly SUPPORTED HER FOR PRESIDENT, as  the #NeverTrump movement, with very few exceptions, became little more than Hillary’s minions.  And yet, Donald Trump, with all his faults and NO POLITICAL EXPERIENCE, managed to end the Clintons. Whatever else happens from this point forward, he deserves serious recognition for that act alone.

As for what does happen next?  That’s anybody’s guess.  We’re in uncharted waters now.

This is a text widget. The Text Widget allows you to add text or HTML to your sidebar. You can use a text widget to display text, links, images, HTML, or a combination of these. Edit them in the Widget section of the Customizer.
Loading Comments...
%d bloggers like this: